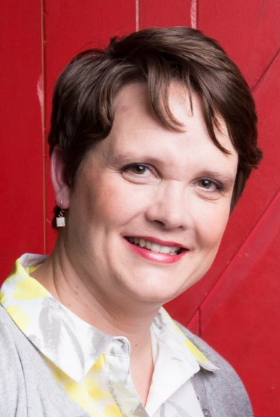 Annalise Eccles When Annalise was 7 years old, she saw some music on her piano that her older brother was learning. It showed where the notes were on the piano, and she began to teach herself to read music. Her parents enrolled her in piano lessons, and she was hooked! She grew up on a farm in Idaho far from just about everything. Fortunately, her parents were willing to drive long distances for piano lessons, and she traveled 2 1/2 hours each way to lessons throughout junior high and high school. She later received her BA in Music-Piano from Brigham Young University, where Dr. Paul Pollei was her principal professor.

Annalise began teaching piano at age 14 at the request of neighbors and with encouragement from her teacher, and a new love was born! She's been teaching ever since. She now runs a full piano studio out of her home in Highland and is an active accompanist for both solo and choral musicians, including Highland Choral Arts which she has accompanied for multiple seasons. She enjoys keeping current in the world of piano pedagogy, and is an active member of MTNA (Music Teachers National Association), UMTA (Utah Music Teachers Association), and the NFMC (National Federation of Music Clubs). She attends monthly meetings and annual conventions in addition to other music workshops and webinars. She is currently working on being nationally certified as a music teacher through MTNA.

She and her husband, Brandon, are in the midst of raising 6 boys. (That definitely deserves its own paragraph!)